3 Reasons why Fairfax Schools are better than Loudoun Schools

Due to the recent changes implemented at Fairfax County Public Schools, we have added 2 reasons why Fairfax Schools are catching up with some of Loudoun Schools’ strenghths:

On a previous post, we covered 3 Ways How Loudoun schools are better than Fairfax County schools. 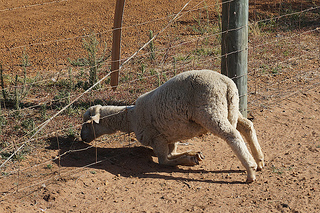 The Grass is Greener on This Side

After the post was published, I got several emails from Fairfax County Schools lovers who were hoping I leveled the playing field by writing about how Fairfax schools are better than Loudoun’s.

3 Reasons why Fairfax schools are better than Loudoun schools

Specifically, readers said that while there are many advantages to Loudoun schools at the elementary level, in their opinion, Fairfax County high schools have an edge over Loudoun’s high schools.  Their top three reasons are:

Let’s look at them one by one.

While new facilities can be a big plus over not so up-to-date facilities, there is also a downside to new schools being opened every few years, such as in Loudoun County.

The biggest issue is that, like with any organization, there are going to be growing pains.  While everybody at the new school will be trying to get used to everything from the location of the cafeteria, to working with their new colleagues, to having all new teachers; it is inevitably going to be a distraction from learning.

Not only that, but there will be several new teachers; some that are newer to the job and who will need time to ramp up, and others with lots of teaching experience. However, the experienced teachers will most likely be transferred from a school nearby.

When experienced teachers (and administrators) transfer from another school, there will be some distraction happening at the source school as well.  Since the source school will have to hire new personnel, they will also need to get used to where the cafeteria is, the schedule, the facilities, the administration, etc..

The bottom line is that opening new schools in a continuous basis turns into a lot of shifting of personnel – and of students.  Perhaps having a more stable environment such as the one in Fairfax County may be less distracting to everybody involved and it may account for Fairfax Schools’ higher ratings than Loudoun’s.

And speaking of higher ratings, the highest rated high school in Northern Virginia is Thomas Jefferson High School for Science and Technology (TJHSST).

As you may know, Thomas Jefferson High School for Science and Technology (TJHSST) is not officially part of any school district, but is rather a governor’s school with a highly selective admissions process.

Last year, out of the 3,121 students who applied to the school, 76% of the students offered admission live in Fairfax County.  Students from Loudoun County shared a portion of the 24% of students admitted from Arlington, Prince William and the City of Falls Church.[1]

But, aside from the commute, some parents also comment that Fairfax County has more Advanced Academic Programs starting in elementary school and middle school, which might also help Fairfax County students be better prepared for applying to a school such as Thomas Jefferson High School.

In Fairfax County, advanced academic programs start from Kindergarten with advanced learning strategies (this is Level I). At Level 2, all students have the opportunity to receive advanced instruction inside their classroom.

Officially, by 3rd grade, Level 3 (part-time) and  Level 4 (full-time) are open to academically-inclined students who take a series of tests after being recommended by a teacher or the student’s parents.

The result of the significant availability of advanced academic programs starting at the elementary level in Fairfax County is reflected in the high achievement of its students by the time they reach High School.

Ultimately, what is best comes down to personal preference

We all want the best for our kids.  But “the best” might mean different things to each of us;  we hope that these two articles help you see a few benefits of each school district to help you make the best decision for your situation.

Next Step: Set up a custom home search in the high school boundary of your choice

Access the home search app from your favorite Fairfax County boundary page, customize your search and get matching properties via email. You can start at the Fairfax County Map of School Boundaries

If you are interested in Loudoun County, let us know and we’ll help you set up a custom search.

3 Reasons why Loudoun Schools are better than Fairfax Schools

3 Reasons why Loudoun Schools are better than Fairfax Schools