My friends, Brit and Larry, have four lovely kids.   The second child, Haley, when she was moving up to third grade, got referred to a Level IV advanced academic program by her teacher. 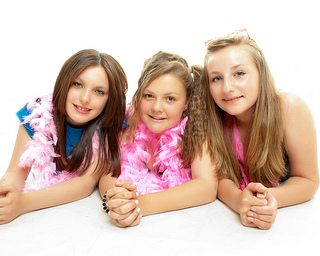 All three sisters got into the Level IV Advanced Academic Program

Brit and Larry had heard of advanced programs, but never really focused on them.  So when Haley got referred to the program, they wondered why their other two girls*, who were also in elementary school, hadn’t been referred as well.

Teachers refer students to the program

Well, it turns out that teachers may refer a student.  But often, teachers are busy and don’t get to referring academically-inclined children to an Advanced Academic Program. Or perhaps they don’t think it’s their place to do so.

Parents may refer students to the program as well

Since not many teachers recommend academically-inclined students to an advanced academic program, the program encourages parents to recommend their children for it as well.

In Haley’s case, she was referred to the most rigorous program: Level IV. This would allow her to attend a different school (the Level IV center) than her neighborhood school. And this would mean that she would be going to a different school from her two sisters.

Brit and Larry decided to refer their other two girls to the Level IV program, since they were academically inclined as well, and this way, they would all attend the Level IV center together.

After a set of tests, forms, and deadlines, all three girls were admitted to their particular grade Level IV program.  At this time, the oldest one, Nancy, has moved up to middle school and is also attending a Level IV program at her assigned Middle School Level IV center.

You are your child’s best advocate

The moral of the story is that if you have an academically-inclined child that you believe could handle the challenge of a Level IV Advanced Academic Program, don’t be shy and refer the child to it.  Don’t wait for a teacher to do so!

To learn more about the process for referring a child to a Level IV Advanced Academic Program, visit the following information from Fairfax County Public Schools: Forms, Information Packets, and Links to FAQs and related info.

Oh, and the deadline this year got extended to February 7th, so there is limited time to act!

* What happened to their fourth child, Larry Jr.?  Well, he was too young to attend Kindergarten at that point, so there wasn’t a Level IV program for him yet. But next year, he will be in 2nd grade and eligible to be referred to the program. And Brit and Larry are definitely planning to follow the referral process for him as well.

If you know of someone else who could benefit from this information, would you consider sharing it with them?  (Hint: You can use the links on the left)

Thanks for helping them, and us!

How to choose an elementary school with gifted programs

How to choose an elementary school with gifted programs