How the Carters learned to trust in their research

Remember when we were kids and played hide-and-seek with our neighborhood friends?  Everybody knew what the best places to hide were. But see, the problem was that everybody knew of them – so one got found quickly.

The way to win the game was to find your own special spot.  For me, a small cupboard was a great place because I fit perfectly in it. The rest of my friends wouldn’t even think of it because they were much taller than me. 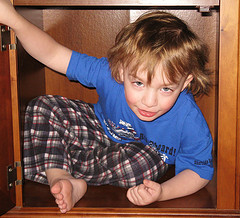 Trust your instincts and find your own spot

Going through life making choices is just like choosing the perfect spot to hide for hide-and-seek. There might be great choices based on what others have found, but in the end, when you pay attention to your own personal needs and preferences, you may find the right choice – that may be the right choice just for you.

Some time ago, I met a family, the Carters, who had recently been relocated to the DC area due to Steven’s job at the Pentagon.

The Carters had a very important choice to make: choosing a new home

As usual, with every move to a new and exciting place, Ellie Carter dreaded the moving process.

But, she immediately went online to research and to find the right schools for their two children.

Ellie and Steven found Home by School, and step-by-step, using the tools provided on this site, they learned about:

To choose their favorite boundary, they also correlated their possible boundary choices with Steven’s commute to the Pentagon.

Ellie and Steven felt good about their choices

Ellie and Steven felt like they had a grip on the situation, and they were ready to start their offline search, looking for homes, visiting schools, etc.

And just before their trip, they thought to call friends of friends, Barb and Dale Ferguson, who had also moved their family to the DC area in the recent past.

Ellie and Steven “call a friend”

Ellie and Steven mentioned their moving plans to the Fergusons, and told them about their research at Home by School.

The Fergusons were familiar with the area since they had been living here for a couple of years, and their son attended their neighborhood middle school.

Also, they said that they didn’t know much about the rest of the schools, but they were satisfied with their school so far.

Their recommendation to the Carters was to follow in their steps since it was a “sure thing”: they had a nice home, the school was fine, and Mr. Ferguson’s commute was tolerable.

Plus, there was a home coming up for sale in their neighborhood that they thought would be great for them – but they had to hurry to make an offer because the market was moving fast.

Ellie and Steven go for the “sure thing”

After the chat with their friends, the Fergusons, Ellie and Steven got the jitters about the research they had done and decided that it was better to go for the “sure thing”.

They dropped their research, made an offer on the home at the Fergusons’ neighborhood, and a few short months, they moved in.

That was easy! But… was it the right thing to do?

Ellie and Steven remarked about how easy it had been to move this time.   But a few months later, when they got to know the area better, they started having second thoughts about their choices.

The home, the neighborhood, and the neighbors were lovely people; there was no doubt about that.

But the schools weren’t what they really wanted

The schools assigned to them didn’t have the Advanced Placement Program that they were hoping for, nor did they meet their needs in several other ways.

The schools were not bad, and they might have been great for the Fergusons but they weren’t what the Carters had targeted through their research.

Also, the Carters had a different idea of a tolerable commute.

It turns out that the commute wasn’t so tolerable

Since Steven had a demanding job, Ellie and Steven had wanted a commute that would allow them to be together as a family for dinner and to share in family events.

Unfortunately, getting to and from work took a lot longer than what they had hoped for.   Steven missed most dinners and kids’ events, which didn’t make any of them happy.

Ellie and Steven should have stuck to their research

Ellie and Steven realized that just because their friends had recommended something that worked great for them, it didn’t mean that the recommendation was better than what they had researched themselves.

This was a hard lesson for them.   They both agreed that if they had taken the Fergusons’ recommendation and considered it as part of their research (instead of replacing their research), that they would have been better off.

Ellie and Steve decided that next time, they’d at least give their own research the benefit of the doubt – before they got into a non-ideal situation and regretted it later on.

Give yourself a little credit

It’s very useful to have someone in your network to call and get a recommendation, but please be sure to give yourself a little credit for your work as well.  You’ll find that your careful research is worth its weight in gold.

Remember finding the right hiding spot for hide-and-seek?  It was great to consider the locations that others recommended, but the spot that you chose that fit you perfectly was definitely the best spot for you.

How we can help your research

If you are willing to give your own research the benefit of the doubt and have questions or would like some help, please contact us*:  we can help you narrow down your school boundary choices based on your needs, your budget, and your commute.

And, if you want to talk to potential neighbors who have kids in those schools, we’ll do our best to connect you with them to get their opinion.

*P.S. Contacting us is free, and we’ll be sure to answer all of your questions.  And, rest assured that we’re NOT going to “sell” you on a specific home or school.  Our job is to get you all the information you need to help you make the best decision for your move.  Here is our phone number too: (703) 480-6575.

“Hide and Seek” Image by Shyn Darkly on Flickr