How is the Fairfax County Real Estate market? 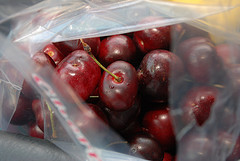 Local fruit is fresh. Like the Fairfax County Real Estate stats are: local and fresh

The other day, I was chatting with a Realtor® friend of mine who lives on the West Coast, and we were talking about each of our housing markets.  As expected, our markets are very different, but it’s hard to really know what’s going on in each market from what the national media reports.

Without our chat, I would have not known that her market was up significantly from last year and that it was well on its way to recover from the housing bubble of a few years back.

As they say, real estate is a very local matter, and unless we review the local statistics, it’s difficult to get the real picture. Even reading the “Washington area real estate news” is not local enough. As you know, the Washington DC area is comprised of a few counties in Maryland, a few counties in Virginia, plus Washington, D.C. – so it’s not quite local enough for getting an accurate picture.

So, when my Realtor ® friend asked me:  Has the Fairfax County Real Estate Market recovered from the housing bubble of a few years back?  I chose to answer her question with this article.

On this analysis, we’ll focus on the previous 5 years of activity in the Fairfax County Real Estate Market, and we’ll look at:

First, let’s see how the current average sold price of $474k from October 2012 compares with the preceding 5 years (use the orange line to compare):

The average sold price back in October of 2007 was above our orange line, and above the $500k mark (this was the tail end of the housing bubble).

From October 2010 on, it looks like the average sold price for the past three Octobers has been relatively flat (right along the orange line).

From this analysis, we can see that Fairfax County real estate prices have been relatively stable for three years in a row, after a dip following the housing bubble.

Now let’s look at how fast homes have been selling in the same period of time (in the last 5 years).

Based on this graph, we can see that homes which went under contract in October of 2007 were active for an average of 90 days before going under contract.

Could it be that there were fewer homes for sale starting in 2009, which is why they sold faster?

Let’s compare the available inventory and the number of closed sales:

The inventory graph mimics the Days on Market graph that we saw before (i.e. the faster homes sell, the less inventory there is). But this discovery still doesn’t answer the question of whether there were fewer homes for sale overall or if the same amount of homes for sale was selling faster.

Are there fewer homes for sale, or are they selling faster?

The green crooked line on the graph above displays the number of closed sales per month. Back in October of 2007, there were about 800 sold homes.

From these numbers, we can see that the number of sold homes has been relatively stable after 2007, and that the inventory (and the DOM) have come down significantly since then.  Which means that there has been a healthy amount of demand to keep up with the supply of homes.

And looking again at the Average Sold Price graph, we can see that after prices self-corrected in 2008 and 2009, the average sold price has held fairly stable since 2010:

Does this analysis tell us how the real estate market is in Fairfax County?

Well, yes, it does answer the question.  These graphs tell us that the market has been fairly stable for the past three years:

Together with historic low interest rates, now is a wonderful time to invest in a home.
What do You think? Let us know your thoughts in the comments below.
Perhaps we can convince my friend the West Coast Realtor® to buy a second home out here. 😉

On the next post, we’ll look again at the previous graphs to see if we can discover the secret of WHEN is the best time of the year to buy real estate in Fairfax County.
Is it in the Springtime, as most people think?  Or is there a hidden secret within the graphs? Stay tuned!
Hint: Be sure to get the FREE No-Tears Guide to Moving to Fairfax, VA to stay up to date on statistics and news about the Fairfax County Real Estate market.