“I got the job, and we’re moving to Fairfax County!”, said Harry. Sally was excited to hear the news but apprehensive at the same time.  She had moved several times before and it was always so stressful… were there any good Fairfax County schools for their 4 children?

She scoured the web and found that Fairfax County had a select number of schools that were recently in the news for having won a “VIP award”.  That sounded like a great thing, but… what exactly is a VIP award? 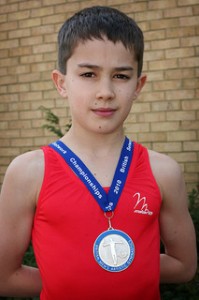 The VIP awards are earned by a few schools in Virginia who meet high standards of learning and who achieve excellence goals established by the Governor and the Board.

The awards are divided into three levels:

The Governor’s Award for Educational Excellence

To win the Governor’s Award for Educational Excellence, a school or division must meet all State and Federal achievement benchmarks for two consecutive years and achieve all applicable excellence goals that the Board and the Governor have designated.

This year, there were only 2 schools in the entire State of Virginia who earned this award, and one of them is Rocky Run Middle School in Fairfax County.

Rocky Run houses a full-time program for high-achieving students from surrounding schools who are admitted to the Level IV of advanced academics.

Other special programs available at Rocky Run are:

When Sally found this information, she decided that Rocky Run Middle School seemed like a very good option for her two rising 7th graders.

She also wanted to see which were the right schools for her other older and younger children, so she turned to the rest of the list of Fairfax County schools which earned an award.

This year, the schools who won awards based on last year’s performance indicators (school year 2011-2012) include 36 schools in Fairfax County.  (In the surrounding area, there are also 9 schools in Loudoun County, 8 schools in Arlington County, 5 schools in Prince William County, and 2 schools in Falls Church City who earned a VIP award.)

But let’s focus on Fairfax County and compare the schools that won the Board of Education Awards.

When Sally reviewed the table above, she had a good picture of which schools had won VIP awards.  She could also correlate each of the award-winning schools with their corresponding High Schools.  Correlating schools helped her identify the exact combination of Elementary, Middle, and High schools that she wanted to focus on for her home-search.

The next thing that Sally did was to subscribe to The No-Tears Guide to Moving to Fairfax, VA, which helped her identify which school boundaries were a better fit for her busy lifestyle (and her budget).

Once she researched the area using The No-Tears Guide, she selected a few boundaries.

With the tools available through The No-Tears Guide, she was able to narrow down her home-search to a very specific and manageable areas.  She was happy that she could create an email alert to let her know when new homes that met her criteria came on the market.

Once she completed her research (in record time!), her level of anxiety went down several notches.

That night, when Harry came home from work, Sally said to him: “I found the right schools, AND the right areas to live in. Now, you take care of the packing…;) ”

Once you’re on the Fairfax County Map, select the high school boundary of your choice and compare SOL scores, see average home prices, and find homes for sale by boundary.