Last year, Laura sold her home for less money than she owed the bank.   And once she sold it, she was all set: no more house debt, no more payments to worry about and no more big headaches. 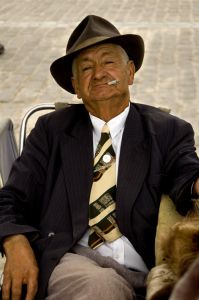 Many people in the last few years, like Laura, have had to sell their homes “short” (i.e. For less money than they owe the bank) because they were facing financial hardship and could no longer pay their mortgage.

And thanks to an exception to the US tax rules, many people who have done a “short sale” on their primary home, have been able to walk away free from further debt.

But things are about to change

However, the exception to the rules is scheduled to expire at the end of this year, 2012.  Without this exception, all forgiven debt is considered taxable income by the IRS.

This means that after 2012, any person who sells their home short will owe taxes on the forgiven debt.

Unfortunately, Mark lost his job and hasn’t been able to find a new job.  He loves his house, but he can’t keep making the payments, so he’s looking into selling it.

Mark must hurry to sell the home prior to December 31st, 2012, so that those $40,000 of forgiven debt are the last of his financial concerns.  If he can close the transaction before the end of the year, he won’t owe any taxes to the IRS for those $40,0000.

If you find yourself in a similar situation to Mark’s, and are considering doing a short sale, contact us.  We are Certified Distressed Property Experts (CDPE) and we can help you figure out your next steps.

But time is running out. Remember that to avoid paying taxes on forgiven debt, the short sale must close prior to the end of this year, so now is time to start the process rolling.  Let us help, call us ASAP.