How a survey can help you buy a winning property 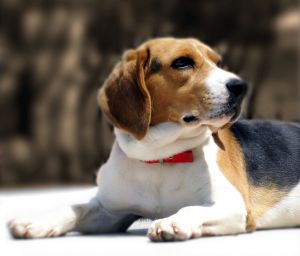 A beagle won the 2008 Westminster KCC

In February of 2008, a beautiful Beagle named Uno, won Best in Show at the Westminster Kennel Club Championship

Among the things that he had to do to win the championship was not only pass certain obedience and agility tests, but also have the “just right” measurements for his breed.

When buying Real Estate, we also want to make sure that we buy a winning property.

Just like at Westminster, one of the requirements is to make sure that it has the “just right” measurements.  At Westminster, a judge carefully measures the dog.  When measuring the land for a property, this is done by a certified Land Surveyor, and it’s called a Land Survey.

What is a Land Survey?

A land survey is a measurement of land area performed by a licensed land surveyor.  The purpose of a land survey is to identify (and draw) the boundaries and building locations on a parcel of land.

Homeowners should order a survey done before building fences, pools, decks, driveways, or additions to their home to avoid any problems when selling the home down the road.

Unfortunately, many homeowners are unaware of the need to get a survey when building improvements on their lots, causing problems at the time of sale of the property. Which is why home buyers must order a survey when buying a property.

Because of the possibility that the property might have a problem related to its boundaries, land surveys are commonly ordered by home buyers when purchasing the property – to understand the limits and conditions of the piece of land that they are buying.

But, as a homebuyer, it’s a big temptation to skip getting a new survey and, instead, use an existing survey.  Here are some of the downsides of using an old survey drawing (also called a “plat”):

Downsides of using an outdated survey

The main issue with not getting a current survey is that your Title Insurance Policy* will not cover you for any issues which would have been discovered through an updated survey. This is called an “exception” in the Title Insurance policy.

So, would you consider risking hundreds of thousands of dollars in order to save yourself a couple of hundred bucks?

Those issues are relatively simple to resolve if they are discovered in a timely manner.  If they are not discovered soon, you could find yourself in a more complex situation of Adverse Possession (where the encroachers take over a part of your land over time), or, you could have trouble selling the home in the future because of latent problems.

With a current survey, you can discover latent problems.

For example – if the previous survey was incorrect for some reason.  After all, surveyors are people and can make mistakes.  Sometimes, they find the neighbor’s boundary pipe (which might be different from the subject property’s) and measure -incorrectly- from there.

Other times, there could have been a problem when creating the subdivision and the builder forgot to record the plat of a piece of land which affects the subject property – this is a common issue especially when the lot is adjacent to a different subdivision or government-owned piece of land.

Also, an easement (utilities, or otherwise) could have been created since the time of the previous survey and it now affects the subject property.

Of course, your property might not have a problem

Your new property might not have a problem, but if there were a problem, it’s best to uncover it now and have it resolved, than to find out about it later on (like when you are trying to sell the property) and also realize that your Title Insurance won’t cover you for it – and then you’d have a really expensive problem to deal with.

And last but not least, it’s quite possible that the lender will require a current survey, so if you don’t get an updated one, you might not get your loan…

Had Sally not ordered a new survey, it wouldn’t have been apparent that the new fence was on the wrong side of the boundary.   Because of this new survey, Sally was able to reach agreement with the current owners to remediate the problem – this way avoiding an expensive problem down the road.

A current survey will:

Once you get a clean survey, you are a step closer to acquiring a “winning” property – just like when Uno the Beagle won the Westminster Championship in 2008.

If you have any questions about the home buying process (including surveys) contact us. We’ll be happy to help!

* Your Title Insurance Policy covers you in case a problem with the chain of ownership of your property is discovered in the future.