Why Zillow’s values have a 7.1% margin of error

May 21 by Marina Brito 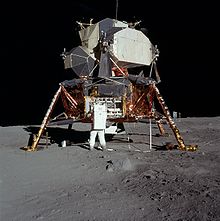 Apollo 11 Landing on the Moon

On July 20th, 1969, the Apollo 11 landed on the Moon. This feat was extraordinary for many reasons, one of which is the accuracy of the calculations which allowed the spacecraft to reach its intended target.

What would have happened if the calculations weren’t exact, but rather a close approximation?  Would a 1% margin of error made a big difference?  How about a 10% or even a 25% margin of error?

But… wouldn’t you want to have the most accurate information regarding the value of a house?  What if the value that is being quoted is off by 10% or even 25%? END_OF_DOCUMENT_TOKEN_TO_BE_REPLACED