Should you wait to buy Fairfax County Real Estate until the Spring, or do you think “Time is of the Essence” (as you often find in real estate contracts)? 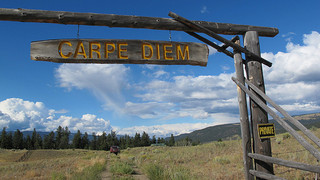 Time is of the Essence: NOW is the right time to buy Fairfax County Real Estate

A couple friends of mine have been on the fence about buying a home. They have been wondering whether they should wait until the Spring to start looking, or if they should start looking now, in the Winter months, in case interest rates start to go up.

To help them figure out when the best time is to buy a home, we reviewed the home sales statistics for the previous five years.

First, we reviewed the overall trend of the Fairfax County Real Estate market*, and we determined that it has been stable for the past three years:

But, is it time to buy NOW, in the Winter months?

If the market has been stable for the past three years, why would there be an incentive to buy a home sooner rather than later (other than the fact that interest rates are at their historic lowest)?

Let’s look at the graphs of home sales to see if they could help us figure out if the time is NOW:

Which months have the lowest average sold prices?

If you notice on this graph, there is a seasonal adjustment to average sold prices.  There is a dip sometime after October – every year for the past 5 years (see the little orange arrows).

Cool.  This means that these low sold prices were actually negotiated about 45 days before they are reflected in this graph.  In our case, the best months to negotiate home prices seem to be December and January.

Going further in our analysis, we focus on the Days on Market (DOM) graph

On the DOM graph, we can see a peak every year past October (see the orange arrows). The peak coincides with… guess what? December, January and February of each year.

This means that homes that go under contract in December, January and February have been on the market for significantly longer than the rest of the year (in December of 2010 and 2011 the DOM was about 80 days).

Compare 80 days DOM of December of 2011 with the DOM average of 45 days (in October 2012), and you can see that there might be some more negotiating room with eager sellers at the end of the year than at other months of the year.

But there is a downside to buying a home in December, January and February

Looking at our inventory chart, we can see that during the months of December, January and February, inventory is also at its lowest.

Well, it’s not exactly a surprise that sellers to-be would want to list their homes in the Spring when the Days on Market is lower due to increased demand (when they can also command higher prices).

So while December, January, and February might be a good time to buy because there is more negotiating room with sellers (due to the longer Days on Market), the downside is that there aren’t as many homes to choose from.

The upside is that there is less competition for buying the available homes.

Bottomline: if you are looking for a good deal, Winter is the time to buy a home

PLUS the interest rates are at their historic low.

What my “on-the-fence” friends determined from this analysis is that the Winter months are a great opportunity to buy a home, and especially THIS winter since the interest rates are at their lowest.

As we say in Real Estate: “Time is of the Essence”.  Call us right away at (703) 480-6575 if you have been considering investing in a home. We’re running out of time for catching the “best time to buy” window this season.

If you’re not quite ready to buy yet, get the FREE No-Tears Guide to Moving to Fairfax, VA to stay up to date on statistics and news about the Fairfax County Real Estate market.

* Learn the details on our previous article about the overall trend of Fairfax County Real Estate – How is the Market?