How to find a home to buy in a sellers’ market (in Fairfax County)?

It’s a seller’s market in Fairfax County; does this mean that there are no homes to buy?

La, la, la, la, la… STOP!  When the music stops, everyone runs to find a vacant spot… but inevitably, someone ends up standing without a place to sit. 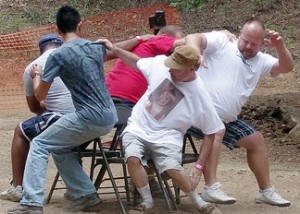 Buying a house in Fairfax County can feel like a game of Musical Chairs. A bunch of homes go on the market, loads of buyers flock to visit them and make an on-the-spot offer on their preferred one.

But, at the end of the weekend, more than one buyer ends up without a new home for yet another week.

The result of having more buyers than homes for sale is lots of buyer traffic as soon as a home is listed, multiple offers on a home, and “bidding wars”.

This overflow of offers allows the seller to select the best one for their needs (the one with the higher price, the least number of contingencies, and the best financing terms).

When sellers have multiple choices, they can afford to negotiate for higher prices. Some sellers even choose to price the home higher to start with. But, as with anything, there is a limit.

Even in a seller’s market, there is such a thing as an overpriced listing – at least in Fairfax County

The other day I was reading an article about the real estate market in Sacramento, CA.  It talked about buyers offering up to 40% above list price on homes.  Not knowing the Sacramento market, I didn’t think much of it at first glance.

As I kept reading, I found out that these homes were listed at ONE Million Dollars!

That means that buyers are offering $400,000 ABOVE list price…

Thankfully, the Fairfax County real estate market isn’t like that (yet!)

We have lots of demand, multiple offers, and escalation clauses – but the majority of the bidding wars is happening on homes below $800,000.  Overall, the average sold price to list price ratio is only 98%.   That’s far from 140%!

Which means that buyers in Fairfax County are still not as desperate (or as rich!) as buyers in Sacramento, CA and are willing to stop bidding for a home they believe to be overpriced.

Are there many overpriced listings in Fairfax County? 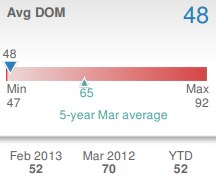 Not many but, occasionally, we see a listing that lingers on the market for over the average days on market – DOM (the current DOM is 48 days).

Most often than not, there is nothing terribly wrong with these homes. It’s just that buyers are finding better value for their money elsewhere.

And there is also a bit of mob mentality going on among buyers: “Surely, if nobody has bought that listing after two weeks on the market, there must be something really wrong with it.”

However, the only thing that is off with these listings is that they are overpriced, not that there is “something really wrong with it”. Which presents an opportunity for a clever buyer.

How is buying an overpriced listing an advantage for a buyer?

As a buyer, when you have been fighting for listings for several weeks and making offers (and not getting them accepted), one way to find yourself a new home is to look at the homes that have been on the market for a little longer.

Usually, the sellers of the overpriced listings are not in a rush to sell so they might be waiting for an offer with their magic number to appear.  If that’s the case, it’s still worth making an offer on the home.

It’s possible that the sellers won’t want to accept less than their magic number (which could be the list price itself), but starting the negotiation and being patient can be the start of a good outcome.

Some buyers feel that if they don’t negotiate on the price of the home, that they must be overpaying for it

But, unless the home is grossly overpriced (and by that I mean over 10% or 20% of what your buyer agent thinks it’s worth), you will see that even “overpaying” for the home now is a good option vs. spending weeks (or months) making offers on other highly-competitive homes.

Most likely, in order to get any of those highly-competitive homes, you’re going to have to “overpay” anyway by way of a bidding war.  Further, if the market keeps going up, you might as well have a home in hand now rather than wait a few weeks to pay the same amount or more (the current average appreciation month over month is 2.4%).

But buying a listing at full price now vs. paying the same (or more) for another home several months later is not the only advantage.  There are also other terms in the contract that you might be able to negotiate when there isn’t so much competition.

Buying an “overpriced” listing can have other negotiating advantages

When you are in a competitive situation, there is a lot less room for negotiation on inspections and financing.  For example, in this market if you are not planning on putting a significant amount of money down, it’s going to be extremely hard to get an offer accepted.

It’s also going to be hard to get a home inspection contingency (or any other contingency) accepted when other buyers competing for the home are willing to buy it without any contingencies whatsoever.

Sure, you might perceive that you’re paying a little more than you wanted to, but you are also much more protected than when involved in a bidding war.

Think about it, buying an”overpriced” home could be an opportunity

You might not even be overpaying that much for the home

Would a 1% or 2% “overpayment” today be worth stopping the musical chairs game?