Last year (2013), we had one the best years in the recent history of our real estate market. 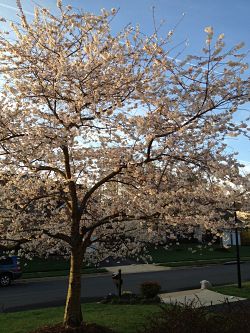 In 2013, there were significantly more homes for sale than in previous years, as well as many more buyers pushing home prices up to the highest levels since the 2006 bubble.

The market followed the chilly weather

But it seems like the unseasonably cold weather of the 2013-2014 winter chilled the momentum slightly.  By December 2013, we saw the first time in the entire year where the “Pendings” (i.e. homes under contract) weren’t higher than the previous year in a month-to-month comparison.

The start of 2014 followed the chilly trend

And then, January, February, and March of 2014 followed the trend with slightly fewer new homes under contract than the previous year (see purple line on the chart below).

On the plus side, the number of new listings in 2014 increased slightly from the first 3 months in 2013 (see red line on the chart).

Since this winter has been relatively long, compared to many others before it, we expect to see the market play “catch-up” in the next few weeks.

Time will tell whether our prediction was right, but, based on the number of inquiries that we are getting, it seems like “May is the new April”.

However, this Spring, based on the numbers so far, we expect to see a more reasonable seller’s market, more along the lines of the numbers in 2012.

This is really good news for buyers

Having a strong market is good news because it brings healthy activity to the region.

Having a reasonably strong market is great news because buyers won’t have to compete as much for just a few available properties.  But just because there is slightly less competition, it doesn’t mean that it won’t be competitive…

Expect the market to be competitive enough

While there seem to be more properties to choose from this Spring compared to last, the competition will still require you to bring your A-game to the offers table.

The first step to bringing your A-game is to be sure that you are properly pre-approved for a loan (unless you are planning to pay cash).

Why you need a recent loan pre-approval

Since the rules for mortgage pre-approvals have recently gotten tougher, it’s very important to update any pre-approvals (or pre-qualifications) that you might have gotten prior to mid-January of 2014.

Once you have your new pre-approval, you can feel confident that you are starting your home search on the right foot.  (You wouldn’t want to fall in love with a home that you *thought* you could afford, right?).

Next step – make sure you’re ready for this Spring!

Contact us today and we can help you get pre-approved and bring your A-game to your home purchase.