Did you know that several Redskins players are amazingly frugal? 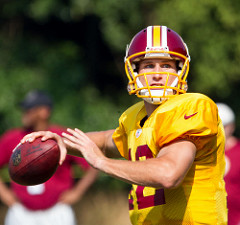 Kirk Cousins, the Redskins’ quarterback, drives an old van because he likes to be frugal.

Kirk Cousins, the quarterback, drives an old van that used to belong to his grandparents.

Other players who make millions of dollars per year share 2-bedroom apartments with friends, ride their bikes to practice or drive their 1990’s college cars to work.

These players say that it makes sense to be frugal because while they are making pretty good money now, they never know when their income is going to change and they are going to go from enjoying the good times to dealing with the bad times.

The real estate market also reminds us that there are good times and bad times.

At the moment, we are enjoying a good time in Fairfax County

Not so long ago, in 2008, we went through a bit of a rough patch. Thankfully, it didn’t last very long and now we have been on a good patch for a while.

How long will this good patch last?

Nobody really knows, but so far, the last few months and the current market status point to a continuation of a strong market.

END_OF_DOCUMENT_TOKEN_TO_BE_REPLACED 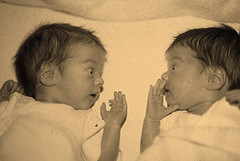 Have you heard? The Fairfax County Real Estate Market is HOT!

The Real Estate Market in Fairfax County (and all of Northern Virginia) is H.O.T!

This year, we have been busier than we’ve ever been in the 13 years that we’ve been selling Real Estate in Northern Virginia.

So before writing this update, I couldn’t wait to get my hands on the official statistics from our Multiple Listing Service to confirm my suspicions.

And WOW! The stats knocked my socks off.

Let me show you why the market is steaming hot:
END_OF_DOCUMENT_TOKEN_TO_BE_REPLACED

The real estate market in Fairfax County is up 2.8%

We are well into the Spring season in 2015, and even tough we had an extended cold spell well into March, the real estate market in Fairfax County is warming up nicely.

According to our local MLS, the median house price at the end of March of 2015 is $461K, up from $448.5K last March.  This represents an increase of 2.8% in the median sold price* for homes in Fairfax County.

But remember that these numbers represent the prices at which homes went under contract sometime earlier in the year (typically about 30-45 days earlier).

This means that buyers were willing to pay these prices in about mid to end of February 2015, when prices are usually still somewhat lower due to the the typical market cycle.

If prices are already up, what will happen for the rest of the year?

END_OF_DOCUMENT_TOKEN_TO_BE_REPLACED

So, who’s going to win the football championship this year?

My predictions last year were on the right track…

Last year, I predicted (ahem… hoped) that the Denver Broncos would win. They didn’t quite win, but they got very close, so my prediction wasn’t very far off.

In terms of real estate, I also made a couple of predictions

I predicted that home prices would change, which they did, and thankfully we only saw a modest increase.

My other prediction was that interest rates would most likely rise, which they did.  But the great news is that they are down again (at least in the short term)!

And what’s going to happen this year?

My real estate predictions for 2015

We’re in a similar situation as last year at this time, with great interest rates and stable home prices.

Last year, we started the year with a lot of activity in the late winter months (January and February) and we all thought that we would have a busy year.

But then, it turned out that we had an unseasonal deluge of winter weather in March and April.  Those few storms seem to have frozen the real estate market because things were very quiet in 2014- in contrast to our usually very busy Spring time.

END_OF_DOCUMENT_TOKEN_TO_BE_REPLACED

How has the real estate market been in Fairfax County over the past few months?

We definitely had an interesting Spring season 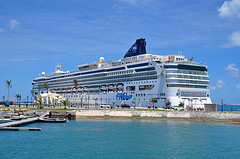 Some of us, Northern Virginia Realtors®, saw good activity in the late Winter (when it’s normally nice and quiet and a great time to go on a cruise vacation… hey, it’s ok to dream!).

Many of us thought that this Spring would bring so much work that we’d have to quit sleeping for several months.

So we braced ourselves in exited anticipation for a wonderful, active Spring.  But Winter lingered (and it lingered so much that I thought that I had been transported to Canada in my sleep) and the Spring market took quite a while to thaw out.